That's right! Monkeyboy's about to turn 3. That I've grown 3 strands of grey hairs in my own odd mommy- tally system is just another freakish coincident. Or so I try to tell myself again and again.

The little man in question has blossomed from the time he made his grand entry into this mixed up world of ours. Red and I took baby steps ( pun most definitely intended!) into parenting and I for one found that there were aspects of it I wasn't prepared for. It's not  merely the kissing-your-sleep-goodbye...actually being a zombie isn't so bad after a while. You find yourself staying up at nights looking at your husband and exchanging looks of utter relief that the monster...darling offspring is finally snoozing in the land of diapers and baby powder and that's a whole different kind of bonding altogether.

It's about knowing the way ahead most of the times, if not all the while. Routines are easy to fall into and easy to follow. The hitches come when the routines go awry (by no fault of yours most of the times) but it's knowing the right time to expose the children to new things, concepts, helping them form habits and also trying to teach them boundaries.

The last bit's got me so all over the place that half the times I just want to lie back and say, "do what you want, you will anyhow...I'll just catch up on my pimply sleep while you wreck the house for the 5th time since morning."

But kids are usually creatures of habits and it takes a lot for them to break one and take up another. And  while you try various aspects of conditioning on them the idea of a Skinner's Box takes root in your head where the image of your kid safely ensconced somewhere while you go about your own thing for a change, gives you moments of amused pleasure and you think, "what if" before realizing that you'd be inviting the wrath of the spouse, parents, in-laws and pretty much the neighborhood onto your rapidly-greying head by doing such a thing. However empirical and scientific and helpful in your cognitions.

But what I'm still learning 3 years down the line is that your kids teach you (BY FORCE GODAMMIT!!) about being a better person, a bigger person and also about keeping up appearances among other things. They teach you perseverance, patience; up your endurance, snatch your sleep, relegate you to track pants, bushy eyebrows, oily skin, turn your diet upside down, make the gym a distant dream, make you long for Mary Poppins, the days when you were single or newly married...oops...I think I meandered into another list I had in my head.

Ahem, ahem...back to the scheduled post- my child has taught me forgiveness. No matter how mad you get with them, no matter how many times you put them in the naughty corner, spank their bottoms, take away privileges, let them roll around on the cold floor crying their eyes out- they still love the heck out of you.
They still kiss you goodnight, they let you kiss them bye before they go off to school, they jump off the school van just by seeing a glimpse of your face and the moment there was boo-boos to be kissed they come and search you out in a room full of people because only you can get the job done.

My son, may he not turn out like me in temperament- is a doll. I don't like him all the time but I love him from the top of his head down to his toes (which are usually covered with his doodles). He invokes my creativity (even if it's to get him to get him out of my hair), he makes me laugh when we twirl around the room to jhinkchak songs and he makes me smile at the end of the day no matter how tough it's been throughout just because he sleeps with his mouth open and his lashes almost touching his cheeks.

All in all- toughest job I've ever held down (and I've been exposed to the criminally insane and the plain-vanilla variety of loonies) and I can't think of anything that I'd rather be doing.

Psst!! actually I have a whole big list of other things I could be doing but that's another blog. This is meant to be a feel-good-I-love-my-kid blog post. For a change. 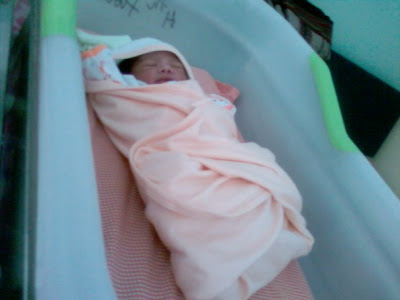 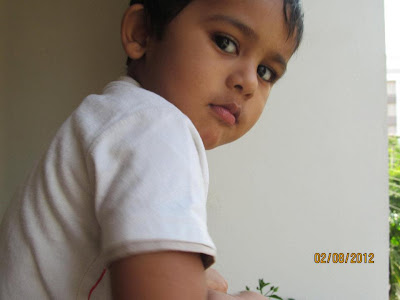