Posts from the Past- Part II

My son is apparently a water bug. Phew! That's a relief. I didn't want to be the only water-loving-nut in the family.

Red can take it or leave it w.r.t swimming pools and beaches and given a choice would choose a mountain to go vacation in. But I just can't get enough of water.
That isn't to say I'd vacation in a tsunami-prone place.
One of the nights we were in Maldives, I slept out of the deck of the cottage and the sea was swishing beneath. I was trying to imagine a massive wall of water gradually growing larger and larger and just bearing down in the dark and blocking out the moon.
Scary.

And no, I wasn't a few pegs down then but I made sure I did down a few after that less than encouraging moment bang in the middle of my dream vacation!

Anyhow, to get back to my son, the H20-loving monkey, his glee and degree of comfort in the water just amazes me and fills me with joy. He is entirely in his element. That bit also is reinforced when we take him out of the pool and he screams mass genocide. See, screaming bloody murder is something he left behind when he turned 2.
He has truly progressed in life *makes a wry face*.

I would like him to properly learn to swim and get rid of those floaters. I guess seeing him frolic in water will be the realization of my own untranspired-Esther-Williams-wannabe dreams :-)
Here are some glimpses of the waterbaby- 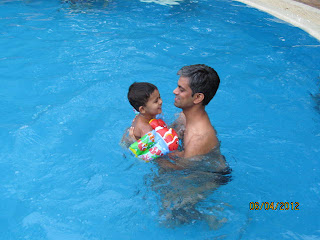 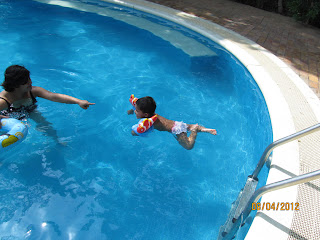 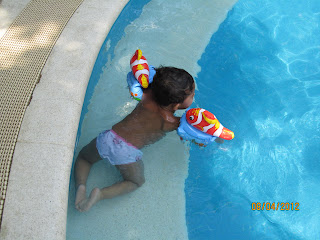 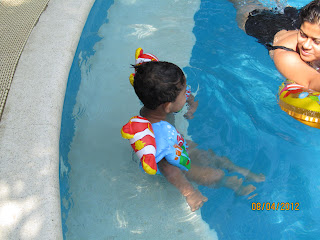 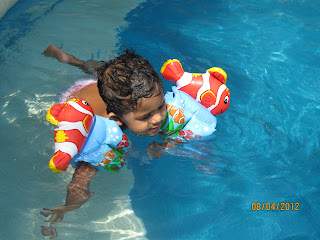 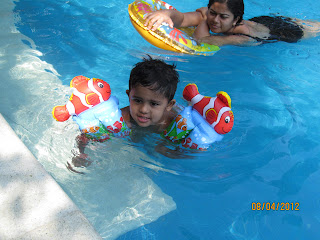 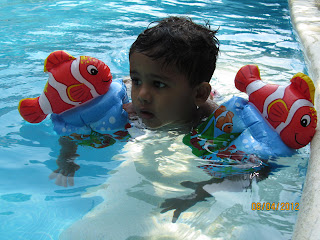 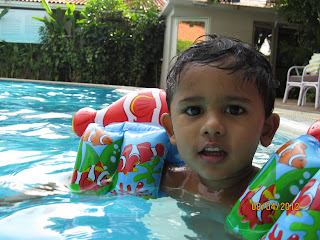 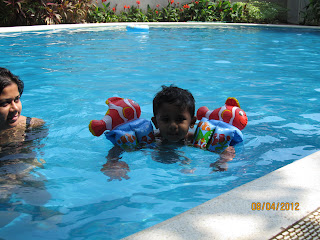 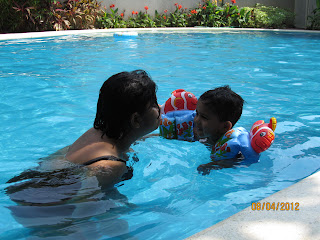