After becoming like the Big Bad Wolf (only imitating the huffing and puffing part and not becoming hirsute and having my ears shoot up higher than my head!) and countless nags from Red (who undoubtedly doesn't like to be on the higher end of a see-saw mattress) I finally went and joined the new neighborhood gym.


They were nice as all new gym people are. I was greeted with surprise (not!) on supplying the information that I had a child and was 30+ yada yada yada. And then one of the trainers conducted a one-one to determine the areas I needed help with aka where all my body needed to be broken before I could be put back together as a new person. Noo surprises when it was discovered that everything was covered with fat as snow and ice covers a tundra. An odd contraption that I had to hold at chin level apparently scanned my body and threw up a whole array of numbers that I was hoping wouldn't add up to bad news but they did.


In my defense- short people can come across as being far more chunkier than others simply because there's less area for the fat to settle on. And gravity acts quicker and in a far more menacing fashion on us as well.
But staying at home also led to raiding the fridge, eating (well eating should cover it all), getting exercise when my kid was being a typhoon and at all other times just collapsing with something to read or watch and my elixir aka coffee.


Yesterday I did weights for the first time. And although they started me with just 5 kgs (I thought..I lift a 13 kg kid everyday, so how hard can this be) I was gasping and doing the Lamaze-y breathing I did during my labor and was cursing (inside my head) because everything was on FIRRRREEE!
My upper body strength is pathetic, my knees feel like they should be glued down because they'll fall off after another stint of walk-run-pump puff puff! And somehow the trainers always know you're about to drink water like you spotted an oasis in the desert...SIPS only Madam. Sirf SIPS lena.


But my kid's been the biggest beneficiary of my initial days at the gym. After he comes home from school I'm so pooped I let him watch one or two extra episodes of Chhota Bheem since I can't chase him around the house if I switch the tv off. Also when he runs off he has to double back to find me because I'm still hobbling on after him whereas he's halfway to China.


But there are some interesting moments also. The cross training machine is by the side of the big glass wall. 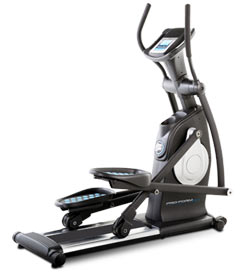 And we're on the 3rd or 4th floor I guess. I get a good view of what's going on all around by the time I get to the cardio sections. Which is good because I get distracted enough to not keep obsessing about when the 15 minute set will be finally over and when I'll be able to sit somewhere and manage my knees and calf muscles like an old grandmother with rheumatism.


I noticed these things- there are very little trees in my area especially on the main road. There are some funny (if you let your mind run along those lines) businesses next to each other viz the infertility clinic is next to a macho man gym, the wholesale grain store is next to a medical shop.


More people in the area use Tatasky than other DTH services. The autowalas are lower life forms no matter what height you look at them. The buswalas are more suited for driving monster trucks, 2 wheeler drivers want to defy the laws of physics and be at multiple locations at the same time.


The guys in the gym across from us do a few curls and weight lifting and keep looking askance at our gym since it's newer and it's bigger. They do a lot of macho posturing and slap palms after every few sets aka locker room behavior mixed with bro-ness.


I get so caught up in watching them all that when the trainer comes and asks me to move to another machine I usually  ask..shall I go on for another few minutes? I can feel my endurance building up. When they ask me to move to another machine irrespective I face the sight that scares....me- sweaty, bedraggled, lardy and RED! Yup..the cycling machine in bang in front of a mirror. 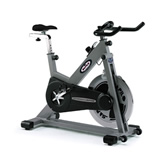 So after thinking that I don't have any further stamina to pedal...seeing myself in the mirror is incentive enough to keep pedaling away and get off the machine. Those fifteen minutes can't come soon enough!
Here are some of the other instruments of torture- 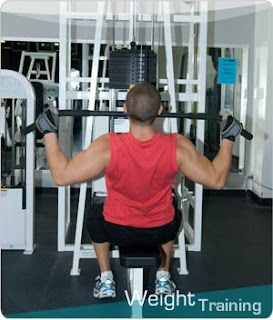 This one made me feel like my arms were going to come off. They haven't yet but that doesn't mean it won't ever. 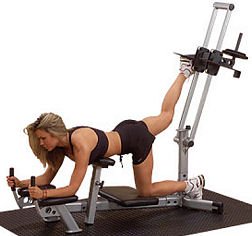 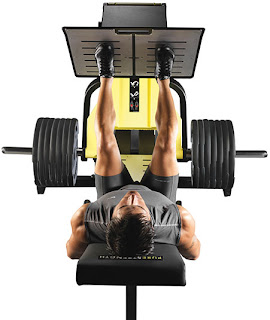 Strangely enough, the one machine was totally comfortable with. 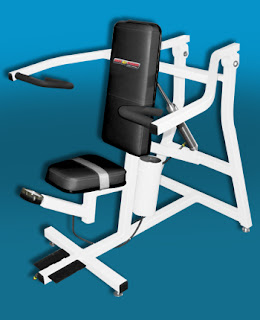 Another contraption that made me feel like the biceps muscles would snap and fall to the floor like confetti. 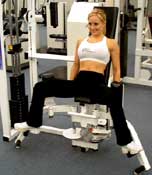 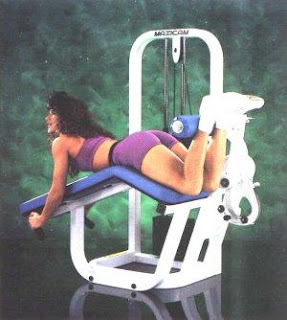 This one was hard to get on and off...but once I got on I just wanted to sleep it off...clearly the trainers won't let me do this one too often.
And that, in a big fat nutshell is my how my exercise regime's been going. I'm going to post more blogs here as soon as more feeling comes back into my fingers and arm muscles.
Watch this space for the series titles: Blood, Sweat and Copious Tears aka how I lost 100 gms.
Posted by Ayanti Reddy at 7:57 AM